TRUDI VAN DER ELSEN
​TRUDI VAN DER ELSEN is a contemporary multi-media artist, based in Ireland since 2004. Her practice includes painting, drawing, installation work, performance and lens-based media. She has exhibited regularly both nationally and internationally.
Recent exhibitions have included;
RHA Annual, Dublin, Ireland (2020),‘Notes From A Digital Sea’at the BCA Gallery, Ireland (2020). ‘XR-Extended Reality’ Toledo, Spain (2019), inclusion in the ‘National Self Portrait Collection’at The Bourne Vincent, Ireland (2018), ‘Songlines’ at Punt WG, Amsterdam in (2012), selection for the RUA Belfast Annual (2015 &2017), and ‘Komplizen’, Ostrale 013 Dresden (2013). Her work has been supported by the Arts Councils of Holland and Ireland, as well as Culture Ireland and Clare County Council. Her work is in private and public collections internationally, and in Ireland collected by the OPW and Clare County Council. In addition to her work as an artist she has also been the curator of the Courthouse Gallery, Ennistymon from (2009-2016). 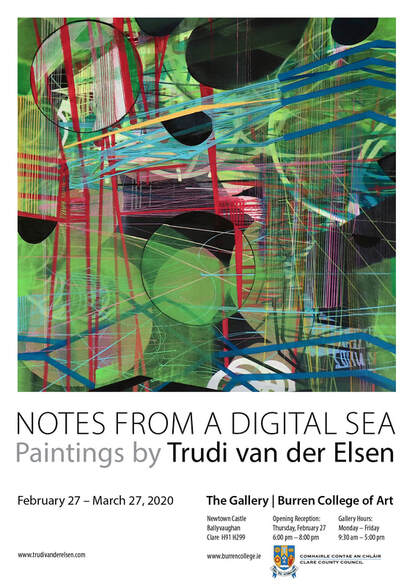 EXHIBITION
Notes From a Digital Sea

Burren College of Art is pleased to host an exhibition of paintings by Clare-based artist, Trudi van der Elsen, which analyses digitization as a source for new abstraction in painting.
​
The exhibition will open on Thursday, February 27, with opening remarks at 6:45pm by Úna McCarthy, Director/Curator at Limerick City Gallery of Art. 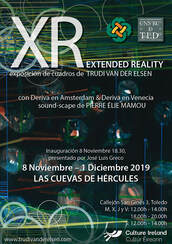 
​Having spent many years engaging directly with the land and seascapes of Ireland where van der Elsen lives, her work has evolved through the slow, concentrated focus of painting.  The artist describes herself as being caught between the local and global world view. The first is real and transient, while the latter is virtual, synthetic and petrifying. These recent works utilize digitization as a new source of abstraction. The speed and the flickering of the virtual world, creates a level of alienation and de-coupling. The slowness of the act of painting serves to ground these hyper-movements with multiple vanishing points in the image representing our fragmented experiences of ourselves and our world.
Although the finished work is a still image, it does not mean that the image is still. The energy and motion concentrated within is always present, just waiting to be activated by the perceiver.  The artist paints on a large scale,intuitively producing works that create an immersive and embodied experience for the viewer.  In Toledo, the experience will be enhanced by the sound-scape of Pierre Élie Mamou.

​The collaboration between the artist and composer centers on these shared ideas and opens another shift in engaging with their work. For this exhibition Mamou contributes Deriva en Venecia and Deriva en Amsterdam.
‘Art has to be experimental and springs from the experience of the artist and is continuously changing’, according to the Dutch artist Constant in his 1948 manifesto. ‘Deriva en Amsterdam’ (1981) Mamou: was realized in collaboration by Constant.
consorciotoledo.com/mcomunicacion/index.asp 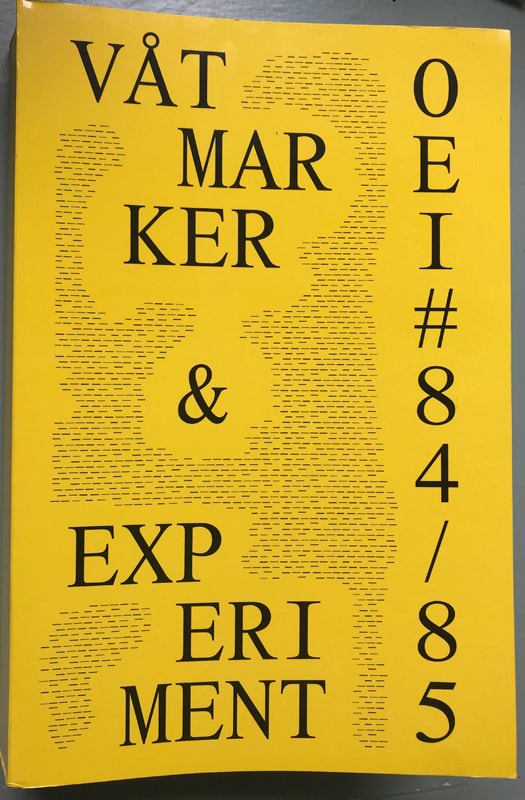 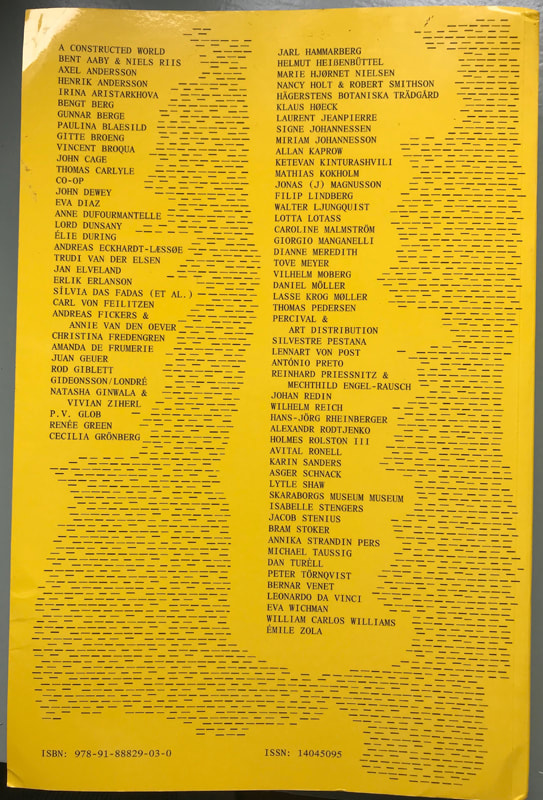 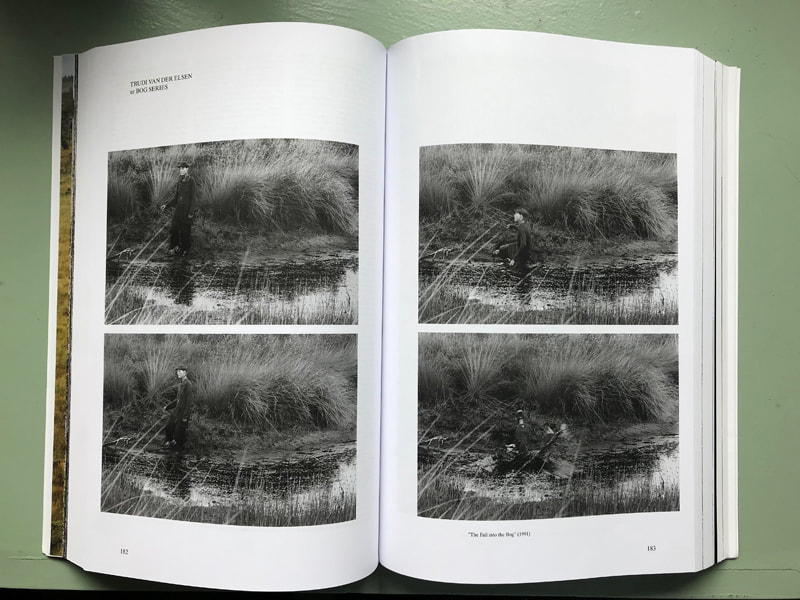 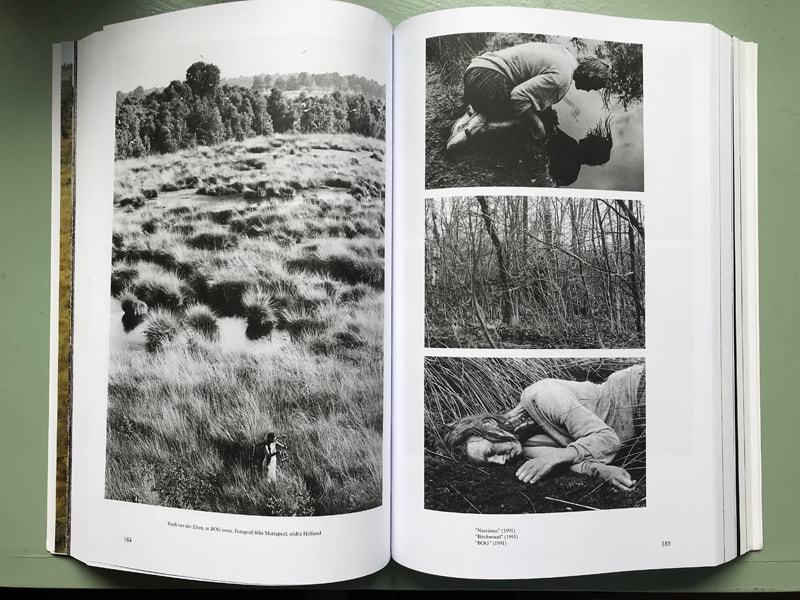 2019, BOG series been published in the Swedish, artists and writers run magazine OEI # 84/85 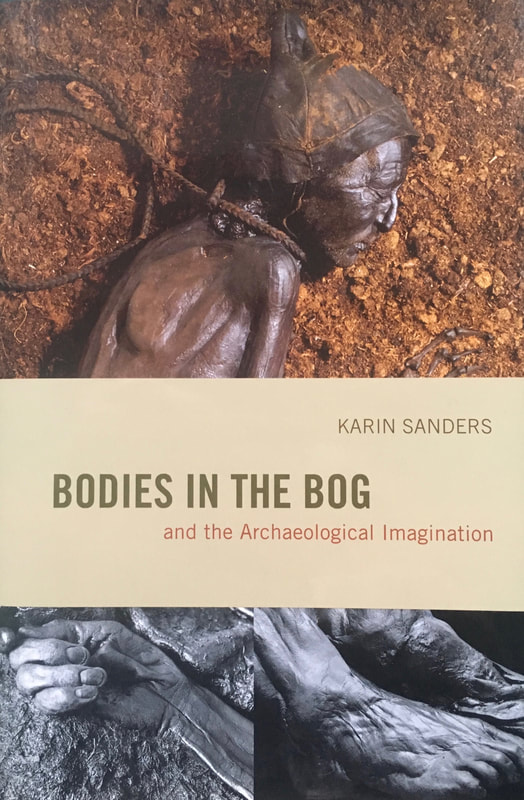 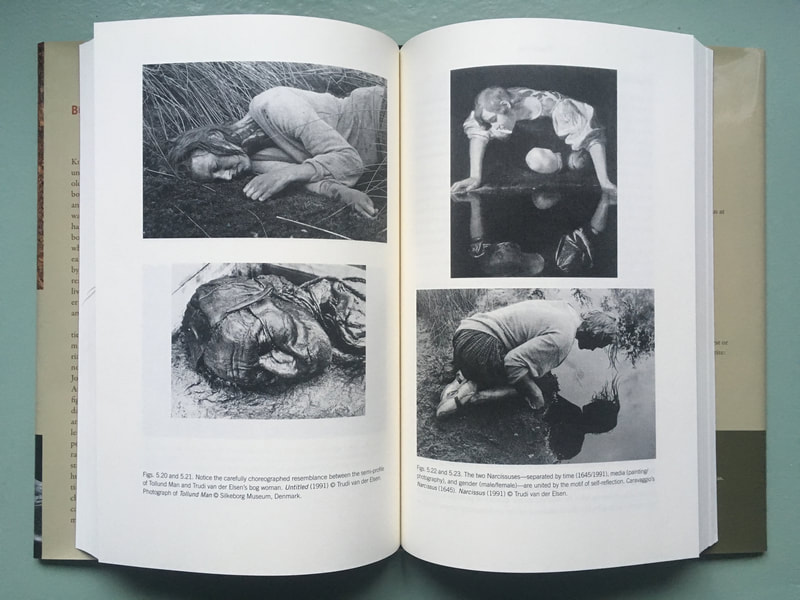 2009 Bodies In The Bog and the Archaelogical Imagination written by Karin Sanders, professor of Scandinavian Studies at the University of California, Berkely (University of Chicago Press)

Self-display—or self-archaeologication—is even more pronounced in a photographic bog series by the Dutch artist Trudi van der Elsen. In a cycle of black-and-white still-shots which resemble freeze frames of an interrupted motion film, we see Tollund Man in the shape of a woman and witness how he (as a she) gradually walks into the bog, submerges and finally rests in the natal position of Tollund Man. Van der Elsen deliberately draws on the intimate analogy between archaeology and art photography and articulates a moment of shared time between the contemporary subject (here a woman) and the prehistoric object.[1]  Her photographs take the structure of a visual story plucked as “quotations” from Glob’s account and as echoes of the photographic illustrations by Lennart Larsson. In this iconographical mimicry van der Elsen shows how a woman walks as if mesmerized into the bog lake and finally assumes the position in which Tollund Man was found.

If human sacrifice is the key to understanding the bodies in the bogs, the artist here gives us a photo-performance in which the sacrifice is re-staged as nostalgic self-sacrifice. In one photograph the woman’s face is actually depicted as if grafted directly onto that of Tollund Man’s as he is seen in Larsson’s photograph.

By mimicking the ancient face, which in the words of Glob is the best preserved “to have survived from antiquity in any part of the world” and on which “majesty and gentleness still stamp his features as they did when he was alive” van der Elsen changes the archaeological narrative into a subjective vision, evoking a sense of “mythography” to borrow a phrase from Mieke Bal.[2]  That is, Van der Elsen’s archaeological-artistic mimicry is wrapped up in a coding of identity vis-à-vis alterity, as a performance of actuality, a strangely romanticized challenge for the modern subject. On the one hand there is an urgent sense of identification; on the other hand the play with quotations is both ironic and melodramatically self-conscious. Interestingly, van der Elsen not only quotes from Lennart Larson’s photograph of Tollund Man but also from Carravagio’s painting Narcissus.  In a photograph, a woman is seen on her knees bending forward over a bog-lake as a mirror, like the one we see in Carravagio’s painting.  In her work on Quoting Caravaggio, Mieke Bal offers a comment that could be applied to van der Elsen’s bog-mirror (although Bal’s book does not include van der Elsen’s work) when she says that “unlike the bodily skin, the mirroring surface touches visually, not physically.  This does not make the act of seeing any less ‘touchy,’ sensitive, or formative to the subject. Only a semiotics focused on the production of meaning in coevalness can theorize the structural similarity between touching and seeing that is important here. For seeing is a semiotically informed act of indexicality, of reaching into space.”[3]

As a result, Trudi van der Elsen’s overlay of Glob’s archaeological photo-text transforms the 2000-year-old bog body from a materialization of a national-cultural to a personal memory. In her photo-series the bog-man-as-woman morphs into nostalgic artistic manifestations and remind us that nostalgia, as Svetlana Boym has argued, is about “repetition of the unrepeatable” and as such can become a way to overcome trauma.  By walking back into the bog, back to a place of origin and by repeating the traumatic event, trauma can become nostalgia.

​
Embracing the bogman. - by Fiona Woods

In Ireland ‘bogman’ is a pejorative term used specifically in relation to rural people, conjuring up a sense of someone who is ‘too close’ to the land. It implies an inferior level of civilisation, a lack of culture. As a term of abuse, it captures the attempts of the ‘modern’ world to distance itself from the pre-industrial world, and the resulting tension of the human as product of both nature and culture.

From a post-modern vantage point, we can see the ‘triumph’ of culture over nature as a hollow victory. The values inherent in the Modernist rejection of nature blinded us to the consequences of our actions, which are just now becoming visible. All accepted notions about progress and value demand an urgent reworking: art has an important role to play in this, primarily by challenging us to review all clichés about what constitutes nature and/or culture and to reconsider the false dichotomy between the two.

Bog by Trudi van der Elsen is a body of work that locates itself in this uncertain place, in this questioning of the division of nature and culture. It draws largely on a series of performative works carried out by the artist along a geological line of boglands from Belgium to the Netherlands to Denmark, and is presented to us as a series of iconographic photo-images together with some paintings and a sculptural installation. It depicts a kind of descent into the supposed underworld of nature, where all is inverted and the bogman is revealed as master of a complex, symbolic realm.

The performative aspect of Bog began with a work entitled The Fall (1991), a series of six B/W photographs tracing the fall of a woman into the dense murky waters of a bog pool. Each image reads as a frozen moment, charged with the motion that must inevitably follow. At the time of making these works van der Elsen was conscious of the mythic undertones rippling through them, so it is no accident that Fall is the starting point for what reads initially as a ‘descent into nature’. No single mythic tradition is evoked here, but the multiple strands and traditions that have woven their way into Western European consciousness – Judaeo-Christian, Ancient Greek, Nordic, and pagan.

Yet it is undoubtedly the shamanic tradition, and the female shamanic tradition in particular, that is most to the fore here. The artist-shaman (who, since Joseph Beuys, lurks always at the edges of contemporary art) becomes a proxy, enduring trials beyond the capacity of most people, to bring back a message from the other side of experience. In Bog the journeying figure morphs from female to male, from dark to light, from innocent to malevolent. Her props and costumes are heavy, traditional, and unflattering, and more than once the works evokes the shadow world of medieval fairytales in all their puzzling and sometimes gruesome detail.

The overall effect is of a series of film-stills, intensely iconic images that are both remarkably still and trembling with the weight of multiple readings. The presence of a traditional rike of turf in the centre of the gallery space has an important grounding effect, drawing the charge of the images without neutralising them. The work seems to capture a shift from thinking about nature as something out there, on the other side of a car window or television screen, to an understanding that what is happening around us is also what is happening to us, for good and for bad.

The poster for the exhibition showed one of the works in which the artist is lying almost face down in the bog, smeared with mud. A woman working in the local print shop where the posters were produced said that she thought the image was degrading to women. Outside of the safer context of the gallery the work was rawer, more threatening, less easily read and consumed.

The performative works from Bog have a tremendous power that derives from the artist’s evident willingness to place herself outside the limits of her own control.  Whether the wildness of that experience is overly tamed once inside the white cube gallery space is a question that remains for me, and one that I would be interested to see this artist explore further.

LURE OF THE BOG

Here, within this bog, today
Both lost and found, at once, decay.
Once young, now pre-folklyric days
Not centuries but millennia away

For here I’ve seen the Bog-man’s grave
From Jutland, here his aura safe
From rotting roots and mossy moors,
From hateful hunters and their whoors,

To haunt his own gravediggers grim,
To torture those who tortured him,
Not for redress but equipoise:
Their silent screams, Beelzebub’s cries!

O’er much of what should offer joy
As once it did for me, a boy
Who roamed such bog-lands without care.
Now Fire and Water, Earth and Air


Written by Ron Kavana to celebrate the Bog exhibition, March 2010